An NGO is not a technical institute in charge of mere execution of a program. An NGO should foster activism and act in the spirit of fighting for a cause and undertake a secondary goal to produce activists leaders to bring a positive change to their country beyond the service of the NGO.
It should instill specified values in its members. Staff is recruited not according to merely skills but examined in their values and potentials to become independent activists. The rarest quality of personnel is honesty and the desire to bring a change in one’s country. Any recruit has to pass a period of volunteering where these aspects are thoroughly examined. The post in the NGO should not be regarded as a job but as a mission and therefore demanding exceptional devotion, commitment, sacrifice, initiatives, self discipline fitting a fight for a cause. At any point of time, when a member of the organization does not prove these qualities, he/she will be removed.

LAGA members are encouraged to carry any external activities connected to a cause and some NGO’s time will be given to do so. 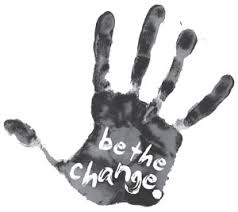 Every week, the NGO is carrying educational activities where members are encouraged to debate issues of development, activism and encourage critical thinking of the realities of the country and the ways to bring change. For that, the organization is having a library of films and presentations prepared by the NGO members.

A weekly quote stressing a specific value is posted in the office under the title ‘Food for Spirit’ as part of creating a supporting working environment for activists.

A quote from research / book containing figures or other facts provoking critical thought on development in Africa are posted weekly under the title ‘Food for Thought’.

Daily, the NGO is supplying the members with news papers of the day. One of the NGO members is in charge of daily press briefing. This is done to get the members more involved in the realities of the country as the basis of citizen’s involvement and activism.

The NGO members are encouraged to develop their own projects on the various development issues of their country and are given NGO time and management time to do develop the project in the vision of turning it in to an independent NGO/paper/book. The function of leadership is not producing more followers but to produce more leaders.