The LAGA Family is less than a dozen activists. An NGO without a single vehicle. In a world of multi-nationals among the conservation industry giants, LAGA is proud to be small and slim. 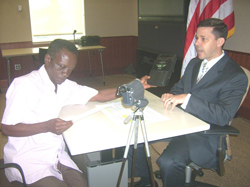 Vincent Mfonfu Gudmia is the former Head of the Media and External Relations Department of LAGA having served 11 years as the Minister’s journalist and one of the first to produce environmental journalism in Cameroon. He once said that “any country that is going to live by the rule of law, its citizens have to respect that law and to respect the law, they need to know about it and so education is part of the question and enforcement is also part of it. And I think that any initiative to change that situation is to be welcomed. I think LAGA is a relatively small but inspirational NGO”. 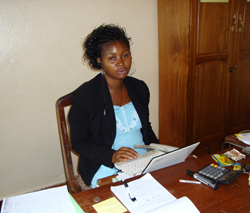 Emeline Sirri,"LAGA is my stepping stone and for every foundation you take your time to build it. What I do I desire to have it    perfect so others can follow my example. It  is a small family where no one is left out. I love the togetherness and the ability to  join work and family even when the people are not really your blood".

Sirri Emeline is the former Assistant Manager at the Management department of LAGA. After serving for 8 years in LAGA she  decided to leave and concentrate fully on her family. 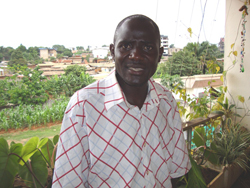 Josias Sipehouo is the former Replication Coordinator of LAGA and has successful implemented LAGA's experience in Congo  Brazzaville now functioning under PALF and in the Central African Republic under the RALF Project.  He has moved back to school  as a Master’s student in the University of Yaounde II Soa. 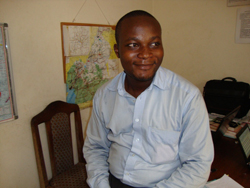 Felix a former Legal Assistant with LAGA share his experience working with LAGA. “My first experience ever with a baby chimp that  had been badly handled by the dealer and thus badly wounded was very challenging and inspirational. Even though the dealer was  successfully sentenced to serve a deterrent prison term, we however lost the baby chimp which was really a terrible lost. This  experience has greatly contributed to my engagement in wildlife law enforcement and the preservation of the threatened species". 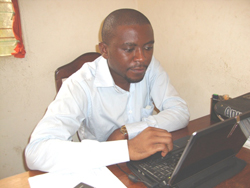 Alain Ononino says "what I do is out of the passion I have and for the studies I have made. I like challenges, solving problems which  is exactly what I do in LAGA". He is the former head of the Legal department of LAGA and now the Law Enforcement Coordinator at  WWF CARPO. 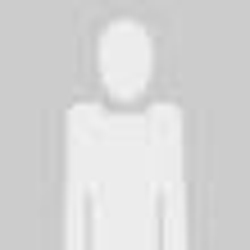 "I went to Buea in January 2009 for a mission and came across a former classmate who is working in Muyuka – South West Region.  He had no idea that I was working with LAGA and coincidentally during the course of our discussion, we started talking about how  elephants will one day become extinct in the South West Region. He started by saying that he thinks people are becoming more  afraid to kill elephants and to trade in their products because one structure known as LAGA is arresting a lot of people and that it is  now difficult to see people going out for hunting expeditions in his village Munyengue near Muyuka. He narrated a story to me  whereby an elephant was sighted near the village and the people merely chased it away instead of killing it for fear of being  arrested. To him, it seems LAGA is invisible and could be found anywhere at any time. Of course, I had no intention to tell him that I  am working with LAGA but we both concluded that LAGA is doing a good job. I merely told him that he can contact me or the  MINFOF authorities whenever he comes across any wildlife incident because I told him I was involved in wildlife conservation  initiatives." Click Here for more.

He is the former Head of Investigation and Operations department of LAGA. He now works as the Project Officer/Coordinator of Wildlife TRAPS (Trafficking, Response, Assessment, and Priority Setting Initiative) for Central Africa. 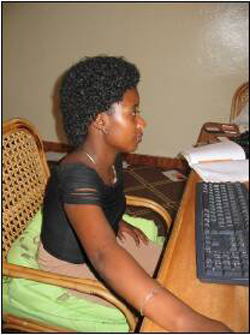 Nekwa Eunice is the former Assistant Manager of the Management department of LAGA. She moved to the UK to further studies  and from the UK to Canada where she now resides and works. She is very strong willed and passionate about her work. In other  to express how much she has learned in LAGA and how important it is for LAGA to forge ahead, she said “it means my children  and grandchildren will never get a chance to set eyes on these extinct species. I have also learned that these animals behave  exactly like human beings and it is very touching. 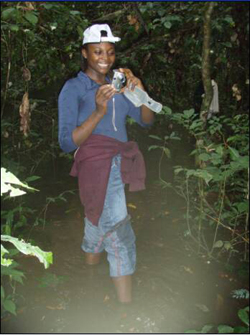 Akwen Cynthia is the former project developer and assisting coordination of Anti-corruption organization  activities. She studied Zoology BSC level at the University of Buea and is a postgraduate certificate  holder in Education (PGCE) from Edge hill University Ormskirk, UK. She says the following to sum her  experience with LAGA as thus “ we have shared times of joy, sorrow, tears success, failure and what  keeps me going is that what I do is appreciated no matter how small it is. You don’t haave to be perfect  to be there, all you need is to believe in yourself and have a clear conscience knowing that what you are  doing is for the good of all” 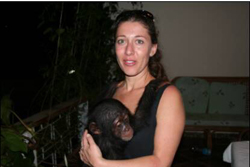 Galit Zangwill, former Assistant Manager of LAGA now on further studies in the UK “I wanted to be back at the centre of things  which is right back in Cameroon. Here, I felt was the right place to contribute to LAGA’s objectives in a very real and concrete  manner. Thus it is not a mere matter of money or employment but a deeply feet desire to be part of a meaningful change of doing  my own bit of being part of doing something of value at a worldwide level. I honestly believe in what LAGA is doing” 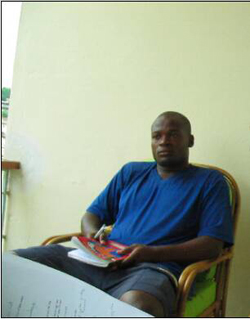 Talla Tene Marius: "My personal challenge is to see that what Ofir started should stand and be an example to others. Personally I  have learnt a lot and still continue to do so”. Marius is the former Head of the Legal department and now a corruption expert and  writer. 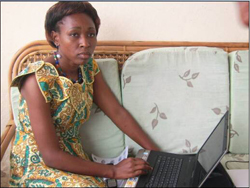 Horline Njike Bilogue Mvogo is the Former Head of the Legal department of LAGA who says, “I have always had a sense of the  quasi mystical place of animals in our culture. Animals represent totems for us, just like the panther is closely linked to our  people". She is now the Secretary General at Field Legality Advisory Group. 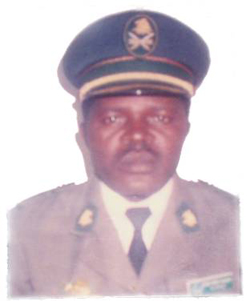 This part is dedicated to Christopher, a dedicated worker of the Investigation department who died in service of lung cancer.