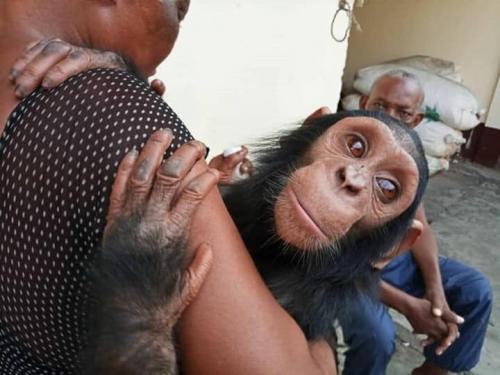 This month was marked by the arrest of 7 traffickers with pangolin scales, hippo teeth and a baby chimpanzee.

During the first operation of the month, 2 traffickers arrested and baby chimp rescued in Douala. They had been trafficking live primates for a long time, shipping chimpanzees to Europe. The man claimed to have sold gorillas and chimps in the past. A son of theirs who is based in Europe had been facilitating their transactions.

4 traffickers arrested in Douala with 54kg of pangolin scales, 5 hippo teeth and 2 unidentified precious stones. The pangolins scales were packed inside 3 bags and transported in the taxi car that was watched and followed closely by one of the traffickers on a motorbike.