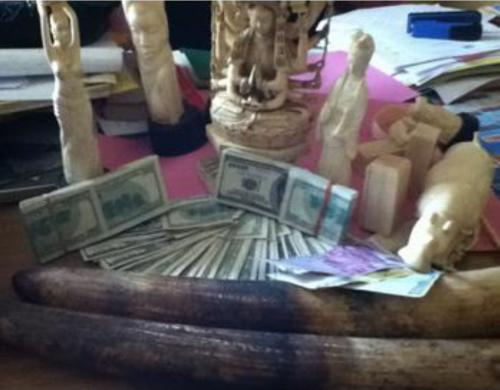 Significant progress was made over this period on many aspects of LAGA’s collaboration with MINFOF, with tangible achievements not only in the fields of investigation, arrest and prosecution but also in media exposure, government relations and international activities with more focus on the fight against corruption, wildlife trade especially networks of ivory traffickers and dealers in primates.

24 dealers were arrested during this period. During this period, LAGA won another award. In May, LAGA won the Marsh Christian Trust Award after being nominated by WSPA. The Award seeks to recognise unsung heroes who aim to improve the world, giving their time unselfishly. It is the fifth in connection to LAGA’s work, and is hoped to give more credibility to and acceptance of LAGA's message and help in its long term quest to affect conservation in a meaningful way. For every 7.58 days a major wildlife dealer was arrested, 96% stayed behind bars from the day of arrest. Corruption was observed and combated in more than 80% of the cases.

Regional wildlife law enforcement became more effective with good operations and prosecutions. Replication concretized in Guinea-Conakry with good operations and GALF becomes the newest member of our Regional Wildlife Law Enforcement Network. The LAGA Director was invited again by ILEA to continue with the training of wildlife officers on the corruption and ethics parts that was built in 2011. Training sessions continued in Yaounde with 2 jurists from AALF – Gabon arriving for training.