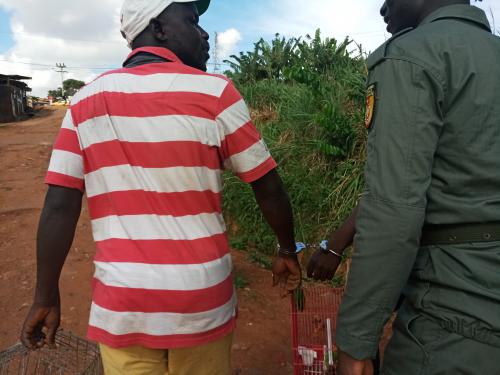 2 major traffickers belonging to a key parrot trafficking network in the country arrested with 3 African grey parrots and 6 Rose-ringed parakeets.

They were arrested twice because they were illegally released from cell by a Gendarmerie Company Commander following the first arrest and therefore, after LAGA's intervention, had to be rearrested.

One of the traffickers was regularly supplied parrots by the parrot trafficking network and he sold them at a road junction in Yaounde.

They equally held another meeting with the Commander of the Gendarmerie Operational Command Post to discuss wildlife law enforcement issues.

A super volunteer arrived the country from France for a two-month long training and experience sharing visit.