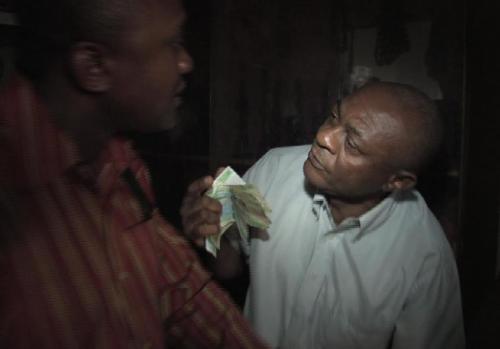 Significant progress was made over this period on all aspects of LAGA’s collaboration with MINFOF, with tangible achievements not only in the fields of investigation, arrest and prosecution but also in media exposure, government relations and international activities. There was more focus on the fight against corruption, beginning of replication in Chad, and regional enforcement in Congo – Brazzaville, Central African Republic and Gabon.

For every 6.5 days a major wildlife dealer was arrested, 89% stayed behind bars from the day of arrest and corruption was observed and fought in many of the cases. For every single day a media piece was put on national news and recorded. 35 dealers were prosecuted and over $100,000 was to be paid as damages to MINFOF. Focused operations were on ivory, primates and wildlife trade over the Internet. Changes in personnel were carried out in line with the objective of being more cost effective with matching performance.

This year, LAGA won another award - The Future for Nature Award in the Netherlands, given to individuals for internationally outstanding species protection efforts. LAGA made a breakthrough in the collaboration with Interpol in an Interpol Regional meeting in Chad with recommendations between and LAGA to be formalized. In regional enforcement - in Congo, PALF obtained the heaviest punishment ever laid on a Chinese ivory trafficker in Africa – 4 years prison term, AALF - Gabon carried out the biggest apes operation in Africa with 5 traffickers arrested with 13 ape heads and 32 ape hands among other contraband wildlife, and 2 dealers arrested with a lion skin by RALF – CAR. Replication prospects advanced in Nigeria and Chad, and regional collaboration increased with LAGA Director meeting with Conservation Justice Director in Gabon. LAGA was invited by International Law Enforcement Academy to train in the first anti-corruption program. The French version of the LAGA Manual was produced and printed.