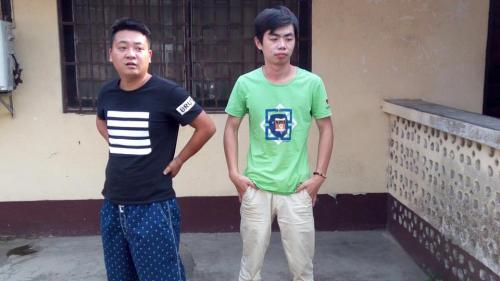 Despite many obstacles, tangible achievements were made over this period in LAGA’s collaboration with MINFOF in the fields of investigation, arrest, prosecution, media exposure, government relations and international activities with focus on the fight against corruption, illegal wildlife trade, principally traffickers in pangolin scales, primates and ivory, and leopard skins. The team stepped up its professionalism following new instructions, recommendations and proposals during in house meetings and the results were forthcoming with important pangolin scales, primates and ivory operations carried out with high levels of expertise. Trafficking in leopard skins and others including lion, zebra and crocodile skins was targeted while the grey parrots once more received special attention. Operations against live chimp traffickers attracted a lot of attention and hard work and 5 chimpanzees, 3 babies and 2 adults were rescued.

36 major traffickers were arrested, at a rate of one for every 10 days, approximately 73 % stayed behind bars from the day of arrest. Corruption was observed and combated in a number of the cases. 41 new cases were brought to the courts and 37 traffickers were found guilty and given prison sentences, fines, damages and penalties and with two traffickers given the maximum penalty of 3 years and in another matter a trafficker was ordered to pay damages totaling 107,559,000 FCFA (about $215,120) to MINFOF. Media exposure was at a rate of one media piece per day.

The EAGLE network achieved remarkable results as 406 traffickers were arrested across 9 countries within the network during year. The LAGA team hosted activists from other countries for an intense training program me and included legal advisers from Guinea and Madagascar and the Assistant Coordinator from SALF. The Deputy Director and the Interim Director travelled to Ivory Coast for coordination assistance to the new replication project.

Several meetings were held by the Director and Deputy Director with government and diplomatic officials in Yaoundé and with many other stakeholder s within the wildlife law enforcement domain.