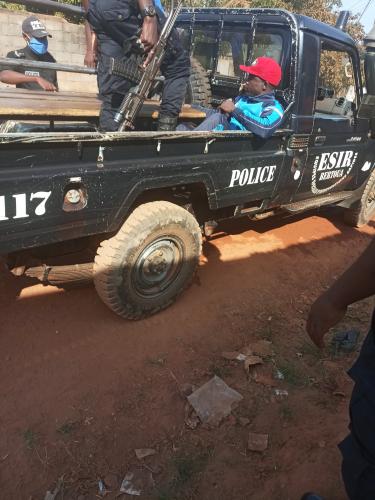 Despite the challenges posed by the Covid-19 pandemic and several other difficulties, the LAGA team pushed forward and through, obtaining tangible achievements in its collaboration with the Ministry of Forestry and Wildlife. Achievements were obtained in the fields of investigation, arrest, prosecution, media exposure, government relations and international activities with focus on the fight against corruption and the illegal wildlife trade; principally trafficking in ivory, pangolin scales, leopard and lion skins. Government measures and guidelines, alongside organisational measures put in place to prevent the spread of the corona virus, were strictly respected. The efforts produced sterling results in combatting the. trafficking in pangolin scales, ivory, human bones, mandrills and leopard and lion skins. An operation against two corrupt military men witnessed the seizure of 380kg of pangolin scales while wildlife investigations uncovered a sinister trade in human skeletons in the West of the country with the arrest of 6 traffickers. A network of 6 ivory traffickers located in the East of the country with connections to Nigeria was dismantled. 39 traffickers were arrested, at a rate of one for every 9 days. Approximately. 50 % stayed behind bars from the day of arrest. The very average rate of imprisonment was partly due to the respect of guidelines put in place by the Ministry of Justice to reduce promiscuity at the various prisons as the health crisis raged on. Corruption was observed and combated in a number of the cases. 40 new cases were brought to the courts and 32 traffickers were found guilty and given prison sentences and or fines, damages and penalties. Damages awarded the Ministry of Forestry and Wildlife (MINFOF) stood at 128,534,00 F CFA (about $257,068). Media exposure was at the rate of one media piece per day.