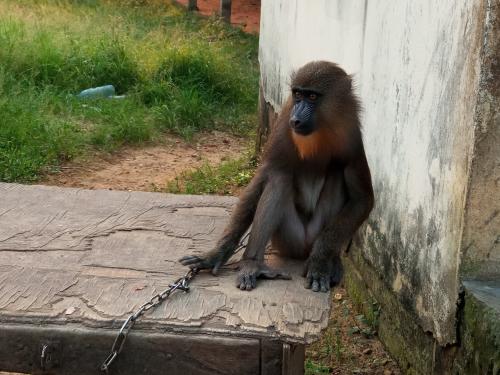 Despite the challenges posed by the Covid-19 pandemic and several other difficulties, the LAGA team pushed forward, obtaining tangible achievements in its collaboration with the Ministry of Forestry and Wildlife (MINFOF). Achievements were obtained in the fields of investigation, arrest, prosecution, media exposure and government relations with focus on the fight against the trafficking in pangolin scales, live primates and leopard skins. These activities also included relations with the international community. The EAGLE network's Central Coordination Unit (CCU) continued to provide vital technical and organisation support that facilitated several operations resulting in a significant number of arrests. A customs official was arrested for trafficking in a live mandrill while 2 traditional chiefs were also arrested.

The EAGLE network achieved substantial results as 84 traffickers were arrested across all 9 countries. An investigator from Cameroon travelled to Uganda and the collaboration produced two good operations.

The LAGA team participated in the mourning and remembrance of Vincent Gudmia Mfonfu who was one of the founding fathers of the organisation. The team took part in several funeral activities marking his departure to the world beyond.