Supervision of  the arresting force and assistance  in the conduction of operations, the arrest of wildlife law violators with sufficient evidence and the channeling of complaint reports to the courts.The LAGA team is present in the field in all levels of the operation, monitoring activities and paying special attention to identifying obstacles and preventing corruption attempts. It is very important that arrests are planned in the act so that the perpetrators’ guilt is not in doubt, and that our agents be protected and their identity concealed so that they can continue to be effective.

The selected arresting force officers travel to the area one or two days before the operation and familiarize themselves with the likely sites for the arrest. The operation is coordinated by LAGA that communicates directly with the investigators to set up the location of the arrest. Officers are deployed as necessary to cover all eventualities / alternative arrangements / escape attempts, under the direction of the coordinator. Arrest is conducted with special care to human rights.

A complaint report is written and channeled to the courts together with the offender in collaboration with the local Ministry delegation. The team remain in the area for a further day to insure the case is indeed transmitted to court.

LAGA and the Government of Cameroon carried out operations which resulted in 29 operations in 6 regions against 53 individuals resulting in 48 court cases at a rate averaging of 1 per week. Over 80% of the cases witnessed corruption which was observed and actively fought. Operations became more sophisticated over the period and the rate of imprisonment rose to 80% of the cases for the year. 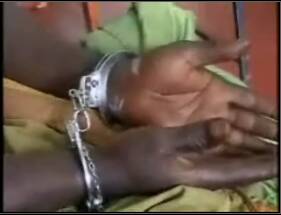 Techniques to match changes in modus operandi and more challenging targets – more international, wealthy and more well-connected than last year. The arrests involving the 3.9 tons Hong Kong seizure and the charges pressed are a good example where these challenges were met.