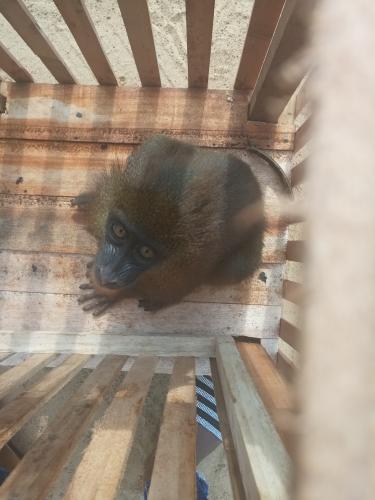 Despite the challenges posed by the Covid-19 pandemic and several other difficulties, the LAGA team pushed forward and through, obtaining tangible achievements in its collaboration with the Ministry of Forestry and Wildlife. Achievements were obtained in the fields of investigation, arrest, prosecution, media exposure, government relations and international activities with focus on the fight against corruption and the illegal wildlife trade, principally trafficking in ivory and pangolin scales. The team revised and adapted its procedures and strategies taking into the consideration the challenges posed by the Covid-19 pandemic and governments barrier measures to fight the spread of the disease. Trafficking in ivory tusks and pangolin scales drew much of the attention. 10 traffickers were arrested during the month of December alone and 6 were members of an ivory trafficking network with connections to Nigeria. 16 major traffickers were arrested and 71% stayed behind bars from the day of arrest and 29% were released on bail as the trials started. Corruption was observed and combated in two cases. 17 new cases were brought to the courts while 19 traffickers were found guilty and damages totalling 122,592,000 FCFA (about $245,184) was ordered to be paid by the convicts to the Ministry of Forestry and Wildlife (MINFOF). Media exposure was at a rate of one media piece per day.