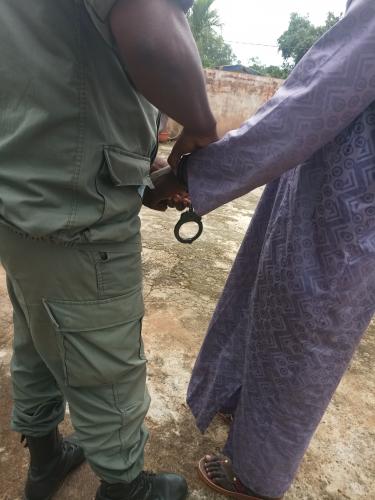 Many achievements were recorded in LAGA's collaboration with the Ministry of Forestry and Wildlife (MINFOF) despite several challenges posed over this period. These achievements were obtained in the fields of investigation, arrest, prosecution, media exposure, government relations and international activities. Focus was on the fight against the illegal wildlife trade; principally trafficking in pangolin scales, elephant tusks, primates and leopard skins. The EAGLE network's Central Coordination Unit (CCU) continued to provide vital technical and organisation support that facilitated several operations resulting in a significant number of arrests. 21 traffickers were arrested during the period.